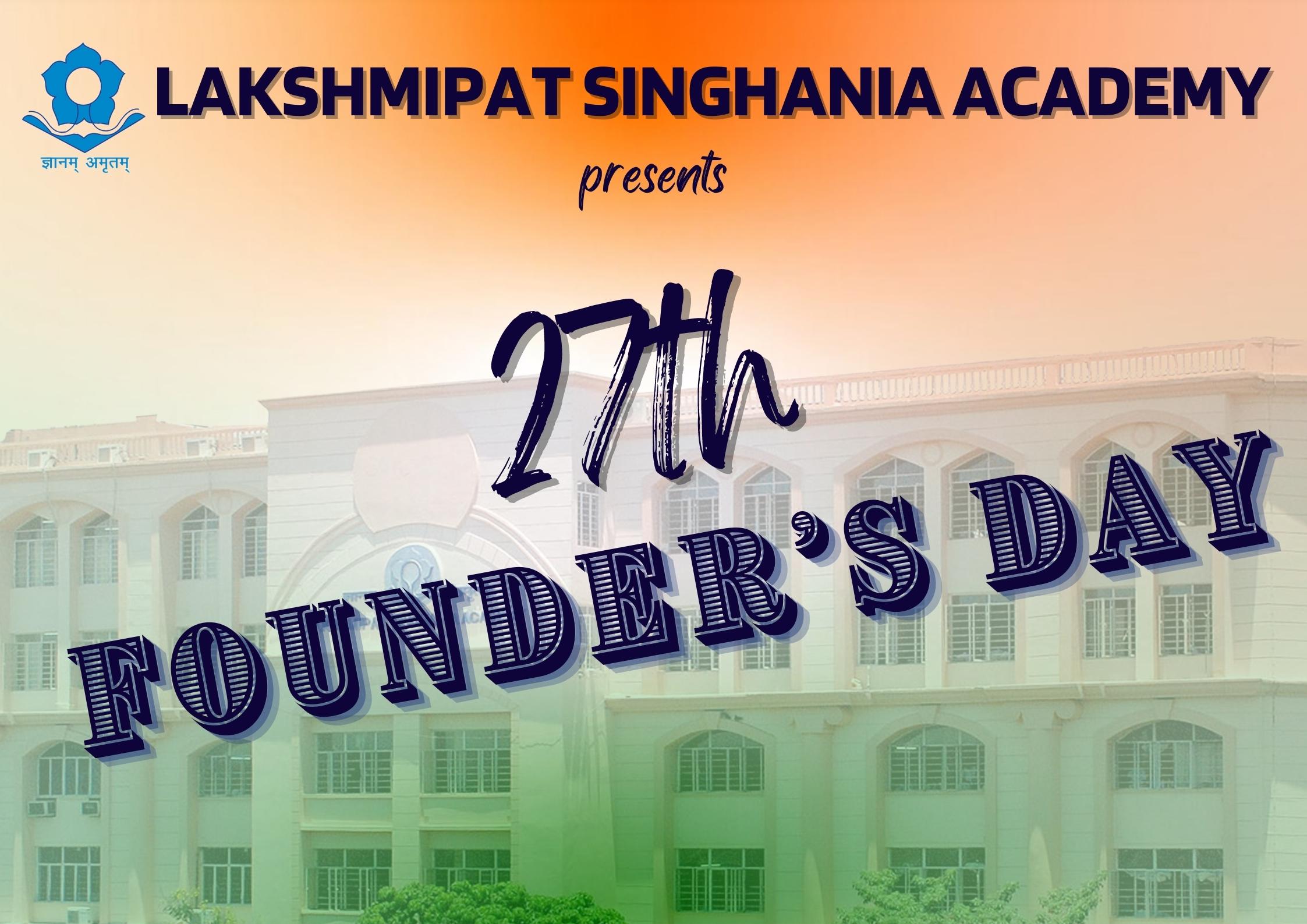 Lakshmipat Singhania Academy celebrated its 27th Founder’s Day on Saturday, December 3, 2022, at the Kalamandir. Two students of class 12, Aarav Bharany, and Harshita Saraf, compered the event. To set the tone for the programme, the school choir welcomed the august gathering with a mellifluous rendition of the LSA Anthem interspersed with Sanskrit Shlokas, which beautifully captured the vision of the institution. This was followed by an invocation ceremony where all the dignitaries were invited for the lighting of the lamp to mark an auspicious beginning to the event.

Following this, the Director of the academy, Ms. Meena Kak addressed the audience. She said, “Inculcate the value system in them, so that, as the future citizens of the nation, they are kind to themselves and to others. Overdependence on technology should not impair our children’s creativity. Online interaction should not strip them off their communication skills. Let us all take the experience of the last two years and use that wisdom to create a better future for knowledge is always power!”

Subsequently, the school’s Vice Principal, Ms. Jaya Misra charted the institution’s progress in the annual school report. Moving further, Shri Bharat Hari Singhania, President of the Lakshmipat Singhania Education Foundation, greeted the audience.
As the event's chief guest, Mr. Daniel Sim, Australian Deputy Consul General at Kolkata, was asked to share his thoughts. As he traced Australia’s history of multicultural diversity, he connected this idea with India’s age-old tradition of pluralism and syncretism. Focusing on the benefits of both nations working closely with one another, he pointed out, “From an Australian point of view, many of us recognize that this century can well be India’s century”.
Students who had excelled in both their academic and co-curricular pursuits were then recognized and felicitated at a prize distribution ceremony. This was followed by a vote of thanks delivered by the Head Girl, Shagun Fogla, to all dignitaries and the audience for making the event a memorable experience.
With this, it was time for the much-anticipated Cultural Programme which was a tribute to Azadi Ka Amrit Mahotsav. A presentation ‘Upward and Onward’ took the viewers back in time to delineate India’s struggle for independence and the momentous milestones she has achieved over the years. The dramatic presentation celebrated how India charted its course from being a battered economy to one of the largest democracies in the world through the symbolic confluence of the five elements: Agni, Vayu, Prithvi, Jal, and Vyom. The programme ended with the message of the past seamlessly blending with the present, envisaging an optimistic future in relevance of the journey of 75 years.